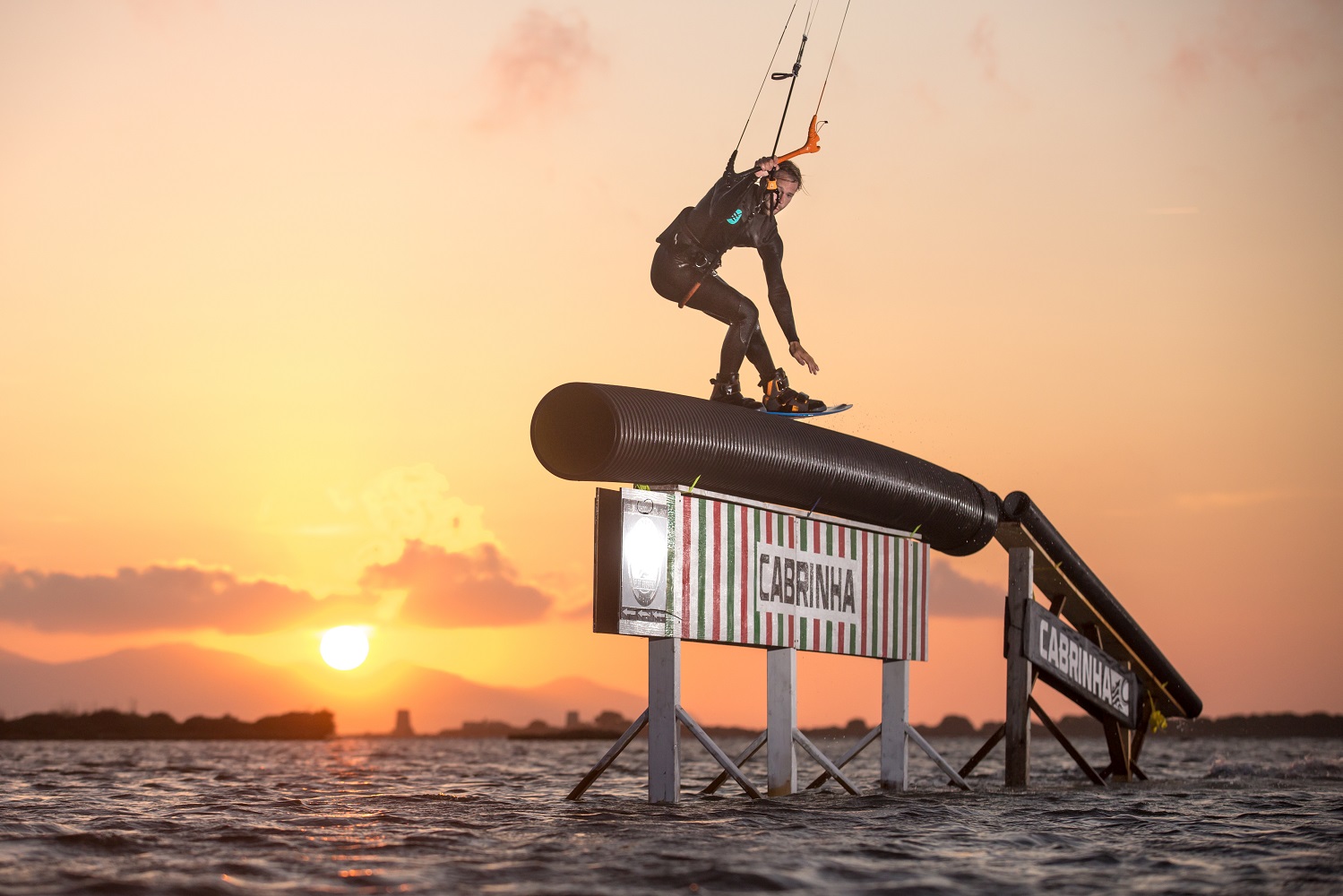 While we are waiting for the world to reopen, we thought it might be the perfect time to go down the memory line and re-watch some of our old videos. First one to go is a memorable shoot with James Boulding (then active kitesurfer vs Cabrinha marketing coordinator these days). After the watch make sure to read the story from behind the scenes below 😉

Amazing, right?! Well, to be honest reality was far from the romantic picture video is (hopefully successfully) portraying. The idea to build the ProKite resort in Sicily came up in winter 2015, in early 2016 Alby met with James in Cabrinha photoshoot in Havaii and talked to the team about his new project. James got excited when he heard 2000 hectares of flat and shallow water – perfect spot for building and riding sliders! So he asked Alby if he would be in for a slider project and Alby sure was…

Idea to build sliders and ride them seemed fine in our heads, but changed very quickly after our opening and realization what dangers and violation of local law it would be! We could not place sliders in front of our school, in the middle of teaching area! Lo Stagonone was a natural reserve and our place could be shut down. Anyway, James came down only 2 months after our opening and we had to thing how to make his shoot possible.

Island in front of our beach is called Santa Maria and it’s private. We managed to reach out its owner and asked for the permission to build and store obstacles at his land. Kind enough, they granted us permission. So now we had a place where we could build and store obstacles (they could not be left permanently in the water). The only issue was not.. HOW TO BUILD THEM ON THE ISLAND 3KM AWAY?!

James spent one month in total in Sicily and for the first two weeks he was building the obstacles on the island… He had to carry the materials by SUP (ether with kite in air when it was windy or by paddle without the wind) and build it there with one semi-reliable screwdriver 🙂 In total he built 1x kicker, 1x small rail. 1x up rail and 1x big rail. In short words – LOTS OF PAIN.

Having everything built was tough enough, but mission was far from over. in order to shoot stills and video we had to kite to the island (about 30 min), land the kites, set up obstacles in the water (needed minimum 3 people) and pray for the good wind conditions. When everything worked, James also needed somebody to shoot video and stills.

We had about 3 successful sessions (from all 2 weeks) when everything worked together and we got all the shots. Sometimes the camera was not available (Laci had to work in centre), sometimes wind wrong direction, sometimes rail got broken. By far the greatest challenge was the last shoot, when James wanted big big rail with the setup of 2 flashes. He went ahead with 2 extra people to set everything up, upon realizing the wind is turning. I (Laci) had to kite there later because of the work and it took me good one hour to painfully kite up with in light with with all my camera gear in waterproof bag on my bag! James has set up the rail in new spot and after few missed tries in very gusty wind we managed to score this pic, so please look at it for at leas 10 seconds, it was by far the hardest earned shot I ever did 😀

James was so over the mission, that he wanted to burn all the features on the island, but not without my say! I was keen on riding them as well one day! So I volunteered with my friends to carry them back by contraption of SUPs during the non windy days.

Things in life are not always so easy as they seem, but its exactly the mission that makes the fun so worth it. And in the end forms great memories and friendship. So please, James, when you need a mission of a lifetime again, give us a call 😉